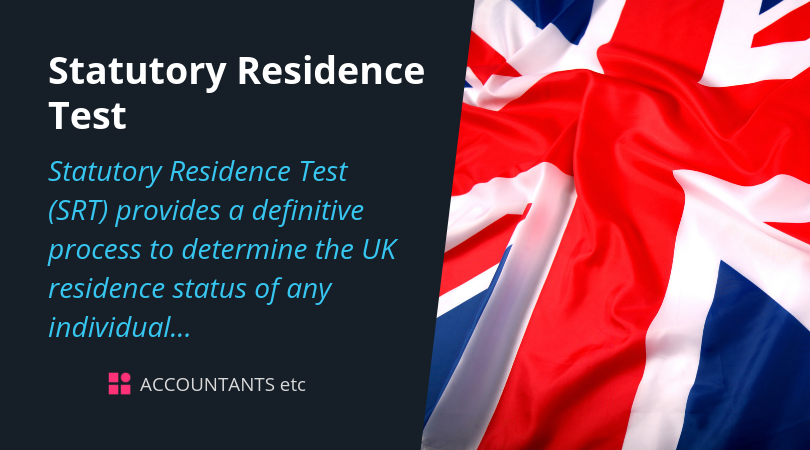 The Statutory Residence Test (SRT) provides, through a series of tests, a definitive process to determine the UK residence status of any individual.

The concept of residence in the United Kingdom is fundamental to the determination of UK tax liability for any individual. The Statutory Residence Test (SRT) provides, through a series of tests, a definitive process to determine the UK residence status of any individual. That status applies for income tax, capital gains tax and inheritance tax purposes. 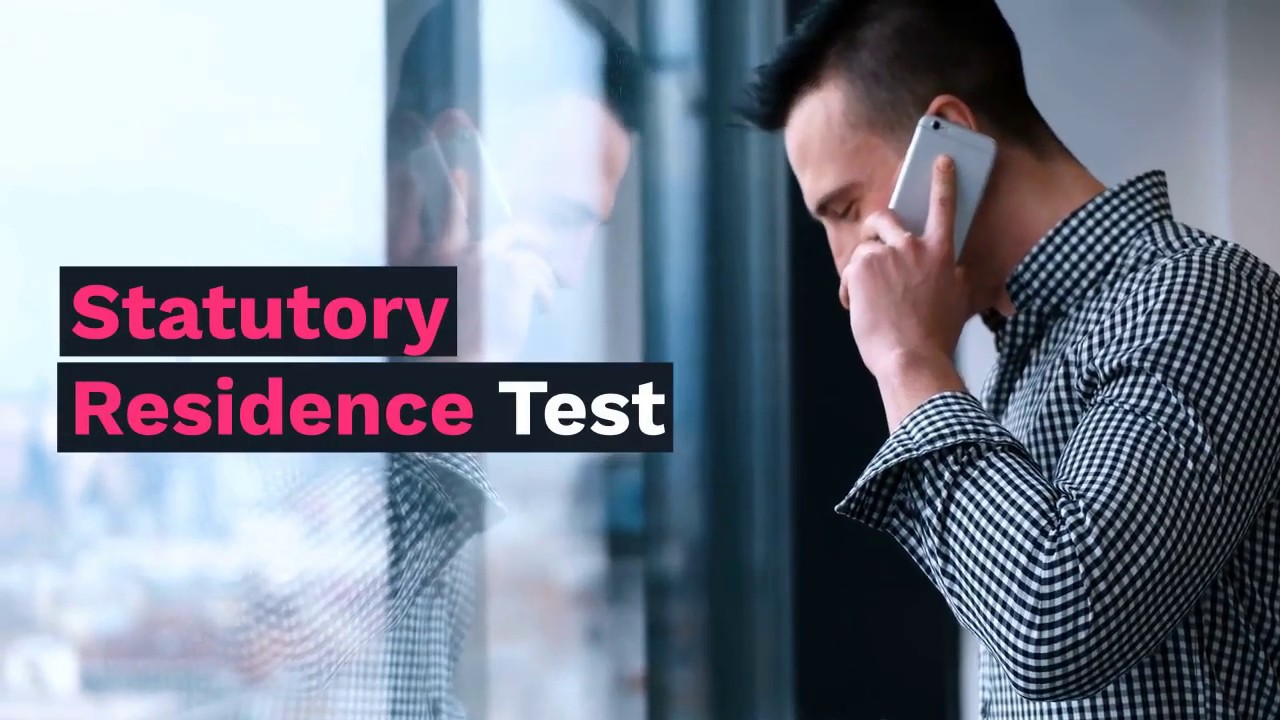 Once that status has been established then other rules determine the extent of an individual's liability to UK taxes. These other rules may include not just UK statute but also double tax treaties with other countries. These rules are not covered in this factsheet.

The SRT relies heavily on the concept of counting 'days of presence' in the UK in the relevant tax year and so it is important to understand what this term means. The basic rule is a day of presence is one where the individual was in the country at midnight. There are two exceptions to this:

A further rule applies where an individual has been resident in the UK in at least one of the three previous tax years and has at least three 'ties' with the UK. It will then be necessary to add to the total of 'midnight days' the excess over 30 of any other days where the individual spent any time at all in the UK.

The SRT is based on a series of three tests which must be considered in a particular order in every case. The tests are applied to the facts in the 'relevant tax year' i.e. the year for which residence status is being determined:

The detailed conditions relating to each test are discussed below. There are further tests which only apply if the individual has died in the year but these are not dealt with here.

There are three possible tests in the AOT and if an individual satisfies any one of these they will be not resident in the UK in the relevant tax year. The conditions are that the individual:

The first two tests are simply based on a day count and ignore the existence of other factors such as other links with the UK like the availability of accommodation in the UK.

There are conditions for the third test which need to be considered by those planning to go abroad to work either as an employee or on a self-employed basis. Obviously the days of presence and the working days must be considered carefully. In addition it should be noted that:

HMRC will expect evidence to be provided if it is claimed that the time limit for a working day has not been exceeded.

The way in which the subsequent tests are structured mean that it is really important that a working expatriate can pass the AOT and be treated as not resident otherwise they are likely to find a real problem under the later tests.

If the AOT is not met then the individual must next consider the conditions of the ART. This test will be satisfied if any of the following apply to the individual for the relevant tax year:

The 'home' test may be of real significance because, if that test applies, the number of days in the UK is irrelevant. The legislation makes clear that a home can be a building or part of a building and can include a vessel or vehicle. It must have a degree of permanence or stability to count as a home but specific circumstances may have to be considered. If the individual also has a home abroad, the second test above will not apply if the person spends more than 30 days at the home abroad in the tax year.

If no conclusive answer to residence status has arisen under the first two tests, the individual must then look at how the STT applies to them for the relevant tax year. The test will be satisfied if the individual has sufficient UK ties for that year. This will depend on two basic conditions:

The five ties are summarily set out as:

An individual who has been resident in the UK in any of the three preceding tax years must consider all five ties and they will be resident if any of the following apply:

The SRT rules are adapted where an individual is an 'international transport worker' This is defined as someone who:

In either case substantially all the journeys must be across international boundaries. The individual has to be present on board the respective carrier as it makes international journeys in order to provide those services.

An individual who has some duties on purely domestic journeys will still be regarded as within the definition if the international duties are substantial (probably at least 80%).

Where an individual falls within this group the implications for the SRT are (broadly) that the individual:

The basic rule will be that if an individual satisfies the conditions of the SRT to be treated as resident for a part of the UK tax year then they are resident for the whole of that year. Special rules will apply in certain circumstances to allow a year of arrival or departure to be split into resident and non-resident parts as appropriate. We shall be pleased to discuss whether your plans or circumstances will be eligible for such treatment.

The government wants to ensure that individuals are not able to exploit the rules to become not resident for a short period during which they receive certain types of income or make capital gains. Basically an individual with a history of at least four out of the previous seven years as a sole UK resident will need to maintain not resident status for at least five UK tax years otherwise certain income and all capital gains made in the period of absence will become taxable in the UK in the next year in which they are resident.

A change of tax residence is always a major decision and detailed advice is necessary. Please do contact us for any advice you may need.