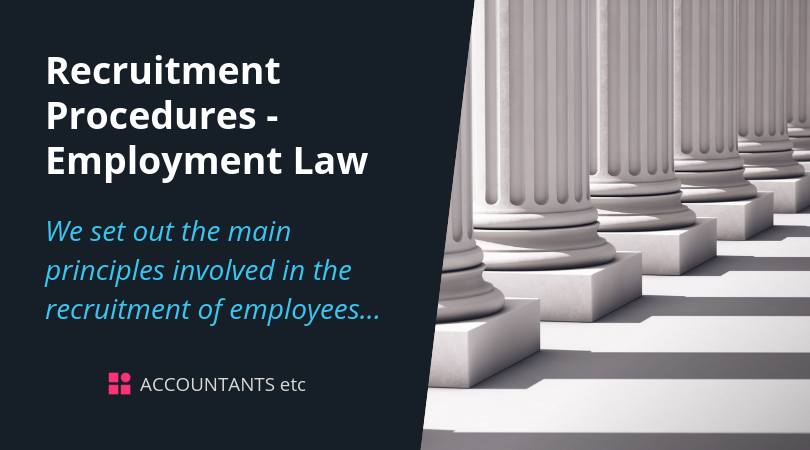 How do you make sure you don't break the law? We set out the main principles involved in the recruitment of employees.

Most claims for discrimination in recruitment have no maximum limit. Can your business afford compensation of perhaps £20,000 because you made a simple mistake? How do you make sure you don't break the law?

We set out below the main principles involved in the recruitment of employees. We have written this guide in an accessible and understandable way but some of the issues may be very complicated. Professional advice should be sought before any action is taken. 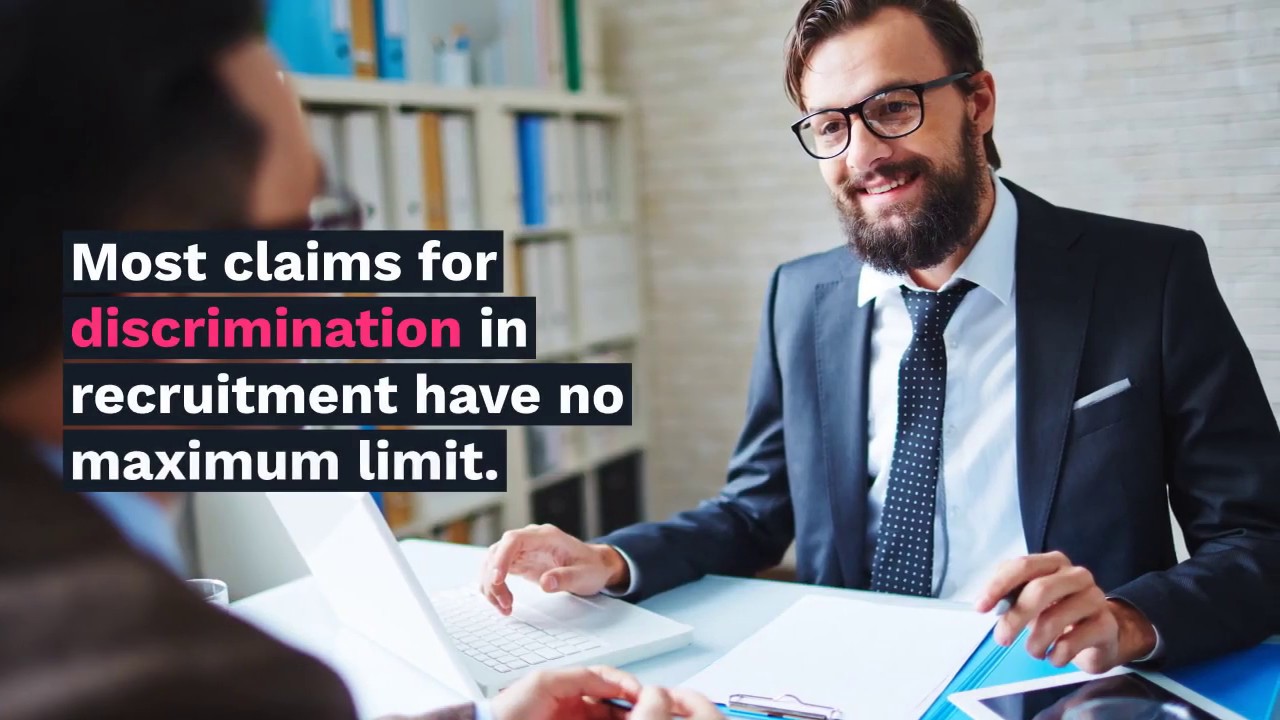 Employers recruiting staff can make simple but very expensive mistakes in all sorts of ways when trying to take on new staff. Sound recruitment procedures help avoid mistakes, as well as ensure that your recruitment process improves and you take on better staff as well.

Where can things go wrong?

You can easily make mistakes at various stages in the recruitment process that would probably mean you would lose your case at an Employment Tribunal.

The danger, quite apart from the cost of recruiting the wrong person and then having to get rid of them and recruit again, is that someone whom you have turned down at some point in the process may complain to an Employment Tribunal that you discriminated against them in accordance with the Equality Act 2010. If the Tribunal finds the claim to be valid then compensation can be awarded not just for actual loss but also to compensate for projected future loss and what is known as ‘injury to feelings’.

Discrimination occurs when someone is treated less favourably than another person because of their protective characteristic. There are four definitions of discrimination:

Direct Discrimination: treating someone less favourably than another person because of their protective characteristic

Indirect Discrimination: having a condition, rule, policy or practice in your company that applies to everyone but disadvantages people with a protective characteristic

Associative Discrimination: directly discriminating against someone because they associate with another person who possesses a protected characteristic

Perceptive Discrimination: directly discriminating against someone because others think they possess a particular protected characteristic

Acts of discrimination would involve either establishing different, unjustifiable and therefore discriminatory recruitment criteria or deliberately excluding certain categories, for example, ‘men only may apply’. Indirect Discrimination is not as obvious (and indeed employers can find themselves committing indirect discrimination quite unintentionally and innocently).

Examples of indirect discrimination would include:

In considering whether an act of indirect discrimination has occurred or not, an Employment Tribunal can draw reasonable inferences from an employer’s normal practices in addition to looking at the facts of the particular case. The Tribunal members might for example, in the case of a claim for racial discrimination, look at the ethnic makeup of the existing workforce and compare this with the ethnic makeup of the local community. A significant difference between these proportions could suggest to the Tribunal that discrimination is more likely to have happened.

Possible but strictly limited exceptions where applicants can be chosen on grounds of sex, sexual orientation, religion, race or age.

Whilst direct and indirect discrimination are generally prohibited, the legislation accepts that in some occupations it may be necessary to be of a particular sex, sexual orientation, religion, racial group or age. These limited exceptions are referred to as being Genuine Occupational Reasons (GORs) (there are no such exceptions for disability). None of the legislation actually allows discrimination to be used to maintain a balance between the sexes, the religious or the racial mix.

If a discrimination claim is brought, the burden of proof is on the employer to prove there is a GOR. You must decide whether a GOR exists before advertising the job. All roles in an organisation must be considered separately; if there is a GOR relating to one role, it will not necessarily apply to all roles within the organisation.

GORs should be reviewed each time the job becomes vacant, as circumstances may change. If only a few tasks require that the employee has a particular characteristic, you should consider whether duties could be reallocated to other employees who do meet the requirement.

Examples of GOR’s in relation to varying types of discrimination are as follows:

A scenario where a business is advertising an opportunity to work in a middle eastern country. Because gay sex (even between consenting adults) is criminalised in that country, the business may be able to demonstrate it is a GOR for the person taking the job not to be gay, lesbian or bisexual.

Where there is a requirement for a position as an actor for an old or young part.

Since April 2011 Section 159 of the Equality Act 2010, permits employers to treat individuals with a protected characteristic more favourably than others in connection with recruitment or promotion. This applies only to candidates of equal merit and the more favourable treatment must enable or encourage an individual to overcome or minimise a disadvantage or participate in an activity where he or she is under-represented in that activity.

The definition of what constitutes a disability can be split into three parts:

The meaning of disability

The Equality Act 2010 covers discrimination against disability which insists that employers may not treat a person with a disability less favourably than other persons without justifiable reasons. However, this does not apply if an employer shows that they did not know, and could not reasonably have been expected to know, that a disabled person had the disability.

The Act requires employers to make ‘reasonable adjustments’ to the workplace where these would overcome the practical effects of an individual’s disability. If an applicant for a position believes that he/she has been discriminated against they may make a complaint to an Employment Tribunal.

What are ‘reasonable adjustments’?

In this context the word reasonable means whether or not such steps would be practicable and would actually have an effect, and are reasonable given the resources of the employer. For example the local branch of Marks & Spencer would probably be expected to have more resources than would a small local retailer.

Reasonable adjustments to the workplace that employers might be expected to make include:

Claims against employers for discrimination

Applications can be made to an Employment Tribunal from someone who was not selected for an initial interview, for a final short-list or offered the job, and who believes it was because of age, disability, gender reassignment, race, religion or belief, sex, sexual orientation, marriage and civil partnership, trade union membership or lack of such membership. The application must be made within three months of the alleged discrimination and the Tribunal will take into account reasonable inferences from the actual employment practices of the employer as well as from the particular facts of the individual case.

We will be more than happy to provide you with assistance or any additional information required so please do contact us.