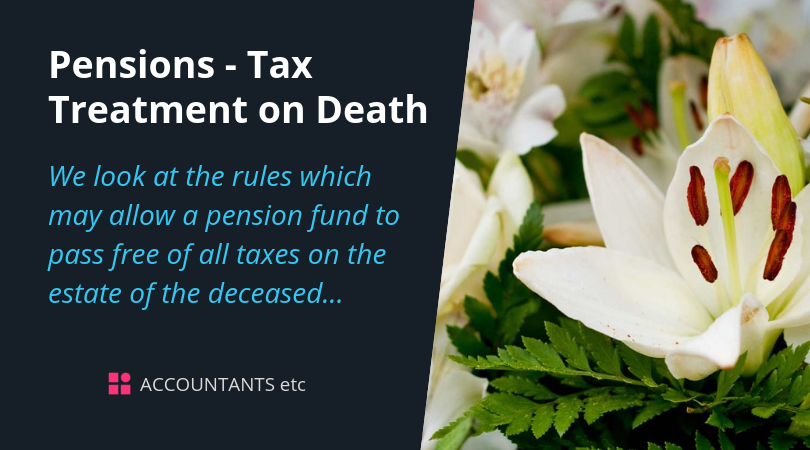 If an individual has not bought an annuity, a defined contribution pension fund remains available to pass on to selected beneficiaries. Inheritance tax (IHT) can be avoided by making a ‘letter of wishes’ to the pension provider suggesting to whom the funds should be paid. If an individual’s intention has not been expressed the funds may be paid to the individual’s estate resulting in a potential IHT liability.

Other tax charges on pension funds

Prior to 6 April 2015, there were other tax charges on death to reflect the principle that income tax relief would have been given on contributions into the pension fund and therefore some tax should be payable when the fund is paid out. For example:

There were some exceptions from the 55% charge. It was (and still is) possible to pass on a pension fund as a tax free lump sum where the individual has not taken any tax free cash or income from the fund and they die under the age of 75.

Other tax charges on pension funds

The government has introduced significant exceptions from the tax charges for benefits first paid on or after 6 April 2015.

Under the revised rules, anyone who dies under the age of 75 will be able to give their remaining defined contribution pension fund to anyone completely tax free, whether it is in a drawdown account or untouched.

The fund can be paid out as a lump sum to a beneficiary or taken out by the beneficiary through a ‘flexi-access drawdown account’.

Those aged 75 or over when they die will be able to pass their defined contribution pension fund to any beneficiary who will then be able to draw down on it as income at their marginal rate of income tax. Beneficiaries will also have the option of receiving the pension as a lump sum payment, subject to a tax charge of 45%. From 6 April 2016 the lump sum will be charged to tax at the recipient’s marginal rate of income tax.

The new tax treatment does not apply to the extent that the pension fund exceeds the Lifetime Allowance (£1 million from 6 April 2016).

Beneficiaries of individuals who die under the age of 75 with a joint life or guaranteed term annuity will be able to receive any future payments from such policies tax free. The tax rules will also be changed to allow joint life annuities to be passed on to any beneficiary.

These changes may for some turn traditional IHT planning on its head. Please do contact us for guidance on the options available and the effect on your current IHT plans.