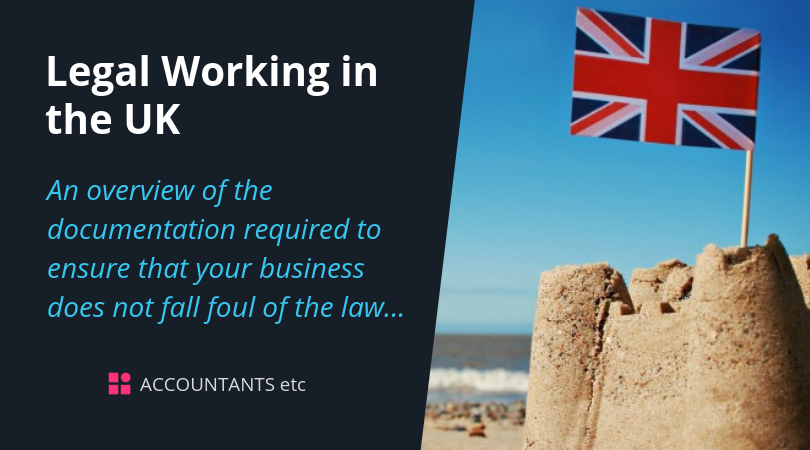 Legal Working in the UK

Here we provide an overview of the documentation required to ensure that your business does not fall foul of the law.

In line with the Immigration, Asylum and Nationality Act 2006, it is a criminal offence to employ anyone who does not have an entitlement to work in the UK, or undertake the type of work you are offering. Any employer who does not comply with the law may face a fine of up to £20,000 per offence. Further, if employers knowingly use illegal migrant labour it could carry a maximum five year prison sentence and/or an unlimited fine. 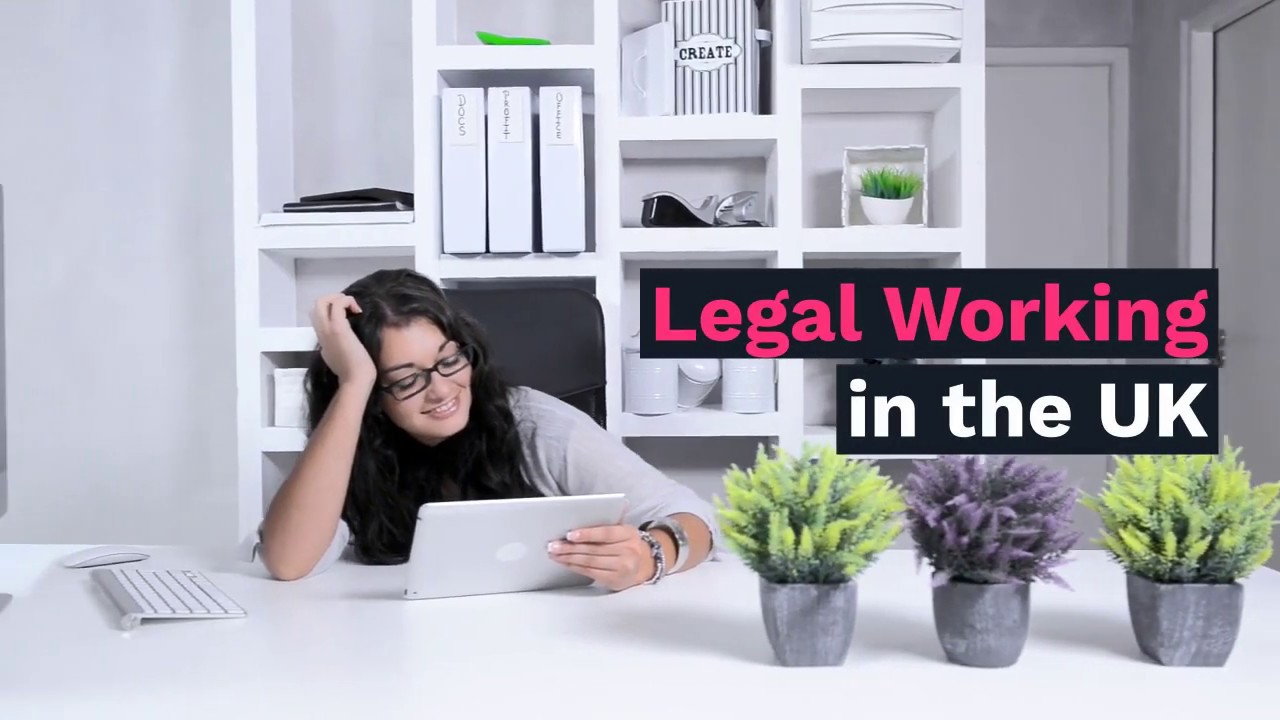 In addition, since December 2016, section 38 of the Immigration Act 2016 allows immigration officers to close a business for up to 48 hours if there is a reasonable suspicion that they employ foreign workers illegally and they have previously committed specific offences of illegal working. The closure notice might then be cancelled or an illegal working compliance order could be sought, one result of which could be closure of the premises for up to 12 months.

Here we provide an overview of the documentation required to ensure that your business does not fall foul of the law.

The increasing trend of illegal immigrants entering the UK has led to a rise in forged documentation, as well as grounds for certain employers to take advantage of cheap labour.

To combat this, the Home Office reviewed the law in this area and regulations were introduced on 1 May 2004.

An employer must obtain and retain a certified copy of any one or combination of the original documents included in List A or List B (Group 1 and 2). Those validated from List A will require no further checks, however, documents provided from List B must be followed up when the document or notice expires.

Or a combination of the following:

An official document giving the person's permanent national insurance number and name, plus:

The Government has introduced a merit-based points system for assessing non-EEA nationals wishing to work in the UK. The system consists of five tiers, each requiring different points. Points will be awarded to reflect the migrant's ability, experience, age and, when appropriate, the level of need within the sector the migrant will be working.

Under tier 2, the employer sponsors the individual, who makes a single application at the British Embassy in his or her home country for permission to come to the UK and take up the particular post. The individual’s passport will be endorsed to show that the holder is allowed to stay in the UK (for a limited period) and is allowed to do the type of work in question.

UK based employers wishing to recruit a migrant under tiers 2 or 5: Temporary Workers will have to apply for a sponsor licence. To gain and retain licences, employers are required to comply with a number of duties, such as appointing individuals to certain defined positions of responsibility, having effective HR systems in place, keeping proper records and informing the UK Visas and Immigration (UKVI) if a foreign national fails to turn up for work.

There is a charge of £1,476 (£536 for charities and for employers with no more than 50 employees) for a licence to sponsor tier 2 migrants. This fee buys a four-year licence.

Once an employer has obtained its sponsorship licence, it can access an online system operated by the UKVI through which it can issue its own certificates of sponsorship to potential migrant workers. The UKVI determines the number of certificates to be allocated to a particular employer. Each certificate of sponsorship takes the form of a unique reference number to be provided by the employer to its potential recruit, who will then be able to apply for entry clearance into the UK at the British Embassy in his or her home country.

The fee for each application for a certificate of sponsorship for a tier 2 worker is £199. Certificates are free for citizens of Croatia, Macedonia and Turkey.

Skilled migrant workers who apply to settle in the UK from April 2016 under the tier 2 general and sportsperson categories of the points-based system are required to earn at least £35,000 (or the appropriate amount for their job, if higher). Employers that do not hold a licence cannot recruit non-EEA workers.

From April 2017 there is an additional immigration skills charge of £1,000 per tier 2 worker per year, or £364 for small businesses and charities.

Identity cards for foreign nationals are currently issued to some categories of foreign nationals from outside the EEA and Switzerland. Other immigration applicants continue to receive a sticker (vignette) in their passport.

With effect from 1st January 2014, EEA nationals from Bulgaria and Romania who wish to work in the UK no longer need an accession worker card or registration certificate.

Since July 2013, EEA nationals from Croatia were able to move and reside freely in any EU State. However, the UK is applying transitional restrictions and as such, Croatians wishing to work in the UK will need to obtain an accession worker authorisation document (permit to work). Before starting employment, employers will need to make document checks to confirm if the Croatian has unrestricted access to the UK labour market as they are exempt from work accession or they hold a valid work authorisation document allowing them to carry out the type of work in question.

If you are licensed to sponsor skilled workers or students from outside the EEA or Switzerland under the points-based system, you can use a migrant's identity card - which provides evidence of the holder's nationality, identity and status in the UK - to check their right to work or study here.

The following checks must also be carried out to ensure that each document also relates to the prospective employee in question:

To ensure that there is no discrimination, it is recommended that all potential employees are asked to produce original documents indicating they have the right to work in the UK.

If you have any doubts as to whether documents are genuine or sufficient to prove an employee’s entitlement to work in the UK you are encouraged to access the Employer Checking Service, which is provided through the Home Office’s Employers’ Helpline: 0300 1234 699, or online service www.gov.uk/employee-immigration-employment-status.

We will be more than happy to provide you with assistance or any additional information required. Please do not hesitate to contact us.