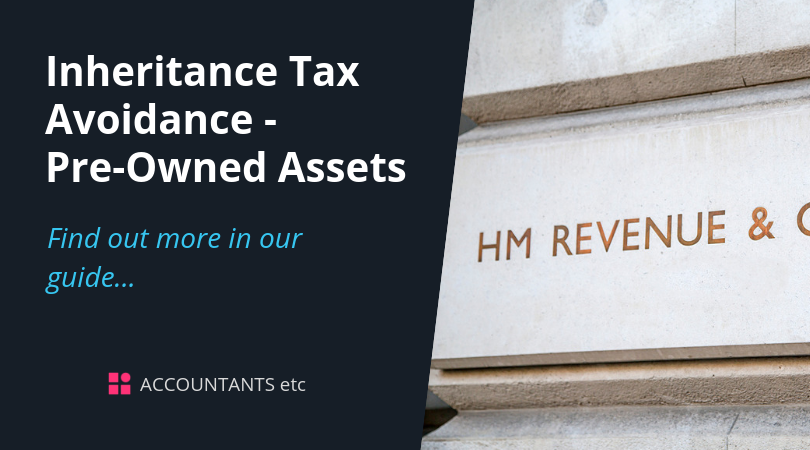 Inheritance tax (IHT) was introduced approximately 30 years ago and broadly charges to tax certain lifetime gifts of capital and estates on death.

With IHT came the concept of ‘potentially exempt transfers’ (PETs): make a lifetime gift of capital to an individual and, so long as you live for seven years from making the gift, there can be no possible IHT charge on it whatever the value of the gift. The rules create uncertainty until the seven year period has elapsed but, at the same time, opportunity to pass significant capital value down the generations without an IHT charge. Of course this is to over simplify the position and potentially ignore a whole host of other factors, both tax and non-tax, that may be relevant.

However many people are simply not in a position to make significant lifetime gifts of capital. There're a number of reasons for this, the most obvious being their capital is tied up in assets such as the family home and business interests and/or it produces income they need to live on. 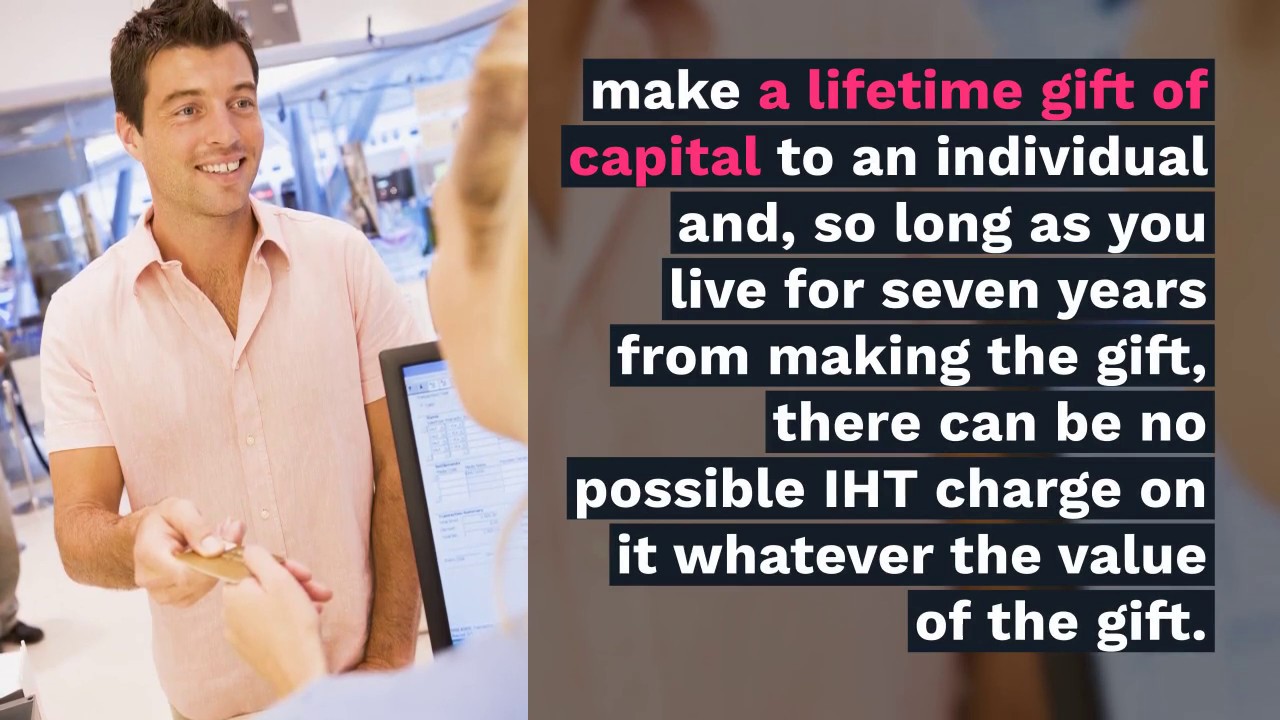 But what is to stop a gift of the family home being made to, say, your (adult) children whilst you continue to live in it? The answer is simple: nothing! However such a course of action is unattractive not to say foolhardy for a number of reasons the most significant being:

The reason such a gift doesn’t work for IHT is because the ‘gift with reservation’ (GWR) rules deem the property to continue to form part of your estate because you continue to derive benefit from it by virtue of living there. This is a complex area so do get in touch if you would like some advice.

Getting around the rules

To get around the GWR rules a variety of complex schemes were developed, the most common being the ‘home loan’ or ‘double trust’ scheme, which allowed continued occupation of the family home whilst removing it from the IHT estate. For an individual with a family home worth say £500,000 the prospect of an ultimate IHT saving of £200,000 (being £500,000 x 40%) was an attractive one.

Over time the schemes were tested in the courts and blocked for the future.

However HMRC wanted to find a more general blocking mechanism. Their approach has been somewhat unorthodox with the GWR rules remaining as they are. Instead a new income tax charge is levied on the previous owner of an asset if they continue to be able to enjoy use of it. The rules are referred to as the Pre-Owned Assets (POA) rules. They are aimed primarily at land and buildings but also apply to chattels and certain interests in trusts.

In broad outline, the rules apply where an individual successfully removes an asset from their estate for IHT purposes (ie the GWR rules do not apply) but is able to continue to use the asset or benefit from it.

Ed gave his home to his son Oliver in 2004 by way of an outright gift and Ed continues to live in the property.

This is not caught by the POA rules because the house is still part of Ed’s IHT estate by virtue of the GWR rules.

This is caught by the POA rules because the house is not part of Ed’s estate for IHT.

Even if Ed did not live in the property full-time because say it is a holiday home, the rules would still apply.

If Ed had sold the entire property to his son for full market value, the POA rules would not apply, nor would the GWR rules.

The rules also catch situations where an individual has contributed towards the purchase of property from which they later benefit unless the period between the original gift and the occupation of the property by the original owner exceeds seven years.

In 2003 Hugh made a gift of cash to his daughter Caroline. Caroline later used the cash to buy a property which Hugh then moved into in 2009. The POA rules apply.

The rules would still apply even if Caroline had used the initial cash to buy a portfolio of shares which she later sold using the proceeds to buy a property for Hugh to live in.

If Hugh’s occupation of the property had commenced in 2011, the POA rules would not apply because there is a gap of more than seven years between the gift and occupation.

There are a number of exclusions from the rules, one of the most important being that transactions will not be caught where a property is transferred to a spouse or former spouse under a court order. Cash gifts made after 6 April 1998 are also caught within the rules.

Despite the fact that the regime is only effective from 6 April 2005, it can apply to arrangements that may have been put in place at any time since March 1986. This aspect of the rules has come in for some harsh criticism. At the very least it means that pre-existing schemes need to be reviewed to see if the charge will apply.

The charge is based on a notional market rent for the property. Assuming a rental yield of, say, 5%, the income tax charge for a higher rate taxpayer on a £1 million property will be £20,000 each year.

The rental yield or value is established assuming a tenant’s repairing lease.

Properties need to be valued once every five years. In situations where events happened prior to 6 April 2005, the first year of charge was 2005/06 and the first valuation date was 6 April 2005. In these cases a new valuation should have been made on 6 April 2010 and 6 April 2015.

The charge is reduced by any actual rent paid by the occupier – so that there is no charge where a full market rent is paid.

The charge will not apply where the deemed income in relation to all property affected by the rules is less than £5,000.

The rules are more complex where part interests in properties are involved.

There are a number of options for avoiding the charge where it would otherwise apply.

The effect of the election using the example above is that the annual £20,000 income tax charge will be avoided but instead the £1 million property is effectively treated as part of the IHT estate and could give rise to an IHT liability of £400,000 for the donee one day. Whether or not the election should be made will depend on personal circumstances but the following will act as a guide.

Reasons for making the election

Where the asset qualifies for business or agricultural property reliefs for IHT.

Where the value of the asset is within the IHT nil rate band even when added to other assets in the estate.

Where the asset’s owner is young and healthy.

Reasons not to make the election

The life expectancy of the donor is short due to age or illness and the income tax charge for a relatively short period of time will be substantially less than the IHT charge.

The amount of the POA charge is below the £5,000 de minimis.

The donor does not want to pass the IHT burden to the donee.

The rules undoubtedly make effective tax planning with the family home more difficult. However they do not rule it out altogether and the ideas we mention below may be appropriate depending on your circumstances.

Where a share of your family home is given to a family member (say an adult child) who lives with you, both IHT and the POA charge can be avoided. The expenses of the property should be shared. This course of action is only suitable where the sharing is likely to be long term and there are not other family members who would be compromised by the making of the gift.

Equity release schemes whereby you sell all or part of your home to a commercial company or bank have been popular in recent years. Such a transaction is not caught by the POA rules.

If the sale is to a family member, a sale of the whole property is outside the POA rules but the sale of only a part is caught if the sale was on or after 7 March 2005. There is no apparent logic in this date.

The cash you receive under such a scheme will be part of your IHT estate but you may be able to give this away later.

Wills are not affected by the regime and so it is more important than ever to ensure you have a tax-efficient Will.

This is a complex area and professional advice is necessary before embarking on any course of action. The POA rules are limited in their application but having said that they have the potential to affect transactions undertaken as long ago as March 1986.