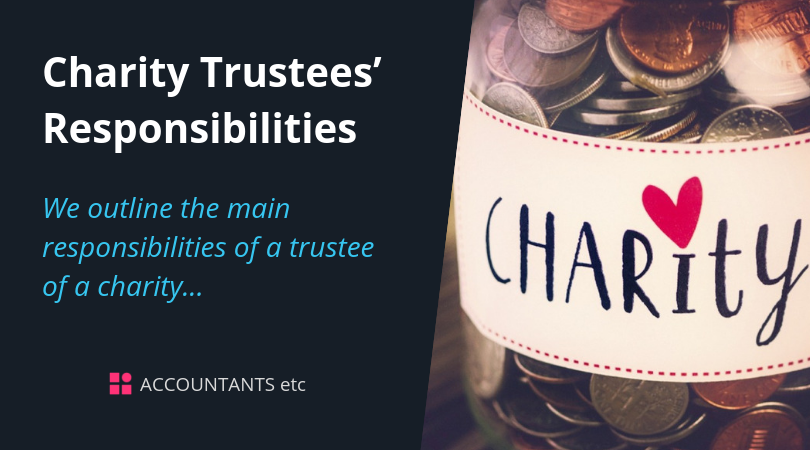 We outline the main responsibilities of a trustee of a charity.

It is often considered an honour to act as a trustee for a charity and an opportunity to give something back to the community. However, becoming a trustee involves a certain commitment and level of responsibility which should not be underestimated.

Whether you are already a trustee for a charity, be it a local project or a household name, or are thinking of becoming involved, there are a number of responsibilities that being a trustee places upon you.

We outline the main responsibilities below, with a particular emphasis on accounting and audit requirements. 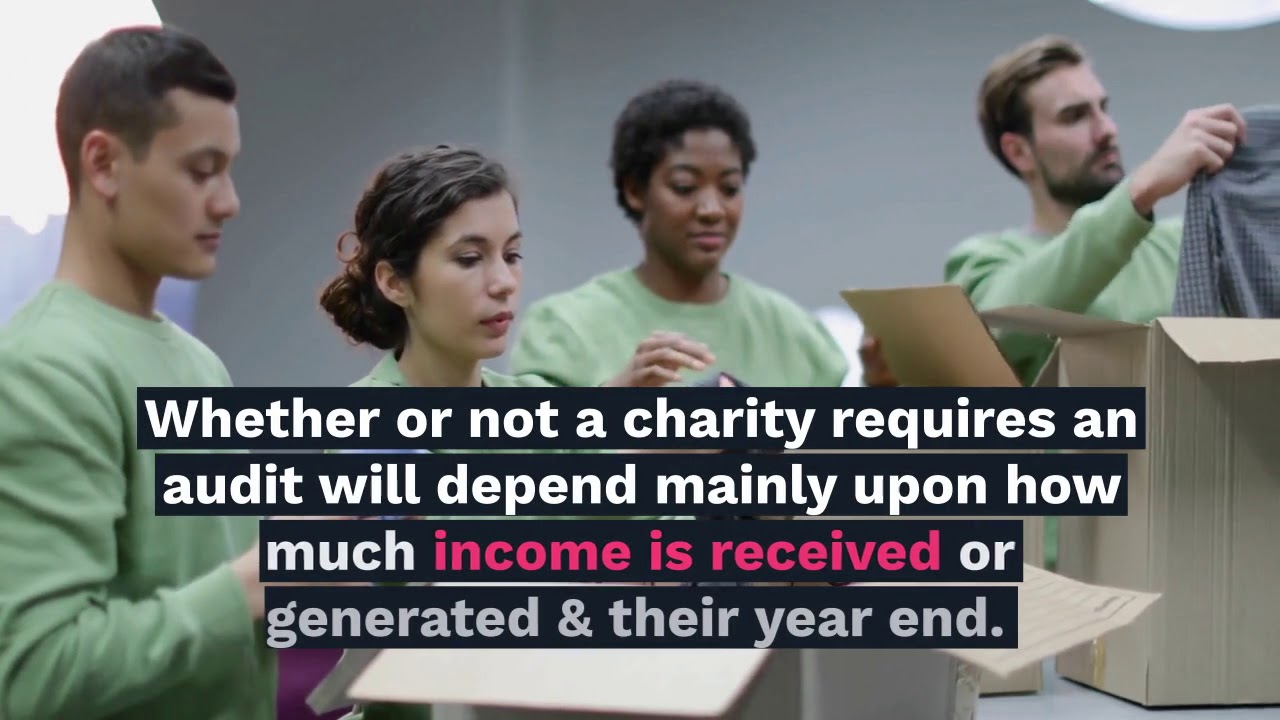 The charities sector in England and Wales is generally overseen by the Charity Commission. The Commission is a government department that requires the registration of most charities.

The Commission plays an important role in the charity sector and is in place to give the public confidence in the integrity of charities.

All charities need to demonstrate that their aims are for the public benefit, initially as part of their application process to the Charities Commission and subsequently each year at the time they prepare their annual report.

A key part of the Commission’s work is to provide advice to trustees. A great deal of useful advice can be found on the Commission’s website, where there is a section dedicated to Setting up and running a Charity.

Charities can be created in a number of ways but are usually either:

Each of these charities need to register and file their accounts with the Charity Commission and limited companies are additionally registered with Companies House. The type of the charity will determine the full extent of a trustee’s responsibilities.

All charities are affected by the Charities Act 2011.

Who is a Trustee?

The Charities Act 2011 defines trustees as 'persons having the general control and management of the administration of a charity'. This definition would typically include:

In addition to the responsibilities of being a trustee, there are also a number of restrictions which may apply. These are aimed at preventing a conflict of interest arising between a trustee’s personal interests and their duties as a trustee. These provide that generally:

There are limited exceptions to these principles. Where trustees do not act prudently, lawfully or in accordance with their governing document they may find themselves personally responsible for any loss they cause to the charity.

The CC guidance CC3a, ‘Charity Trustee: What’s involved’ explains what it means to be a trustee and how to become one. Trustees have full responsibility for the charity and are required to:

The Charity Commission publication CC3, ‘The essential trustee: what you need to know’ provides more detailed guidance for both new and existing trustees. The guidance sets out trustees’ duties and responsibilities under seven headings:

In particular, trustees are under a legal duty to make sure that their charity’s funds are only applied in the furtherance of its charitable objects. They need to be able to demonstrate that this is the case, so they should keep records which are capable of doing this.

The Fundraising Regulator was established in 2015 to strengthen the system of charity regulation and restore public trust in fundraising. Trustees should be aware of the requirements of the Code of Fundraising Practice, which are many and various.

There are particular requirements for most charities to:

The extent to which these requirements have to be met generally depends upon the type of charity and how much income is generated.

An important aspect of accounting for charities is the understanding of the different 'funds' that a charity can have. The effective management and control of fundraising is an important trustee responsibility.

Essentially funds represent the income of the charity and there may be restrictions on how certain types of funds raised can be used. For example, a donation may be received only on the understanding that it is to be used for a specified purpose.

It is then the trustees' responsibility to ensure that such 'restricted' funds are used only as intended.

The annual report is often a fairly comprehensive document, as legislation sets out the minimum amount of information that has to be included. The report generally includes:

Whether or not a charity requires an audit will depend mainly upon how much income is received or generated and their year end. The income limit varies according to the type of charity as follows:

There are other criteria to consider, particularly regarding total assets, and we would be pleased to discuss these in more detail with you.

There is a comprehensive framework in place that determines how a charity’s accounts should be prepared.

Unincorporated charities with income below £250,000 may prepare receipts and payments accounts.

All other charities must prepare accounts that show a 'true and fair' view. To achieve this the accounts generally need to follow the requirements of the Charities Statement of Recommended Practice (SORP). The SORP can be viewed at www.charitysorp.org/ and charities are able to build a bespoke version of the SORP dealing with their own circumstances.

A trustee’s responsibilities are many and varied. If you would like to discuss these in more detail or would like help in maintaining your charity’s accounting records or preparing its annual report please contact us.

We are also able to advise on whether or not an audit or independent examination will be required and are able to carry this out.