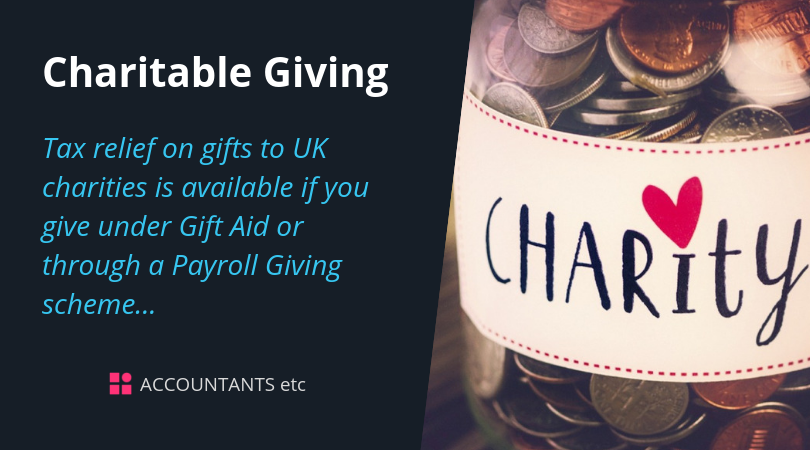 Tax relief on gifts to UK charities is available if you give under Gift Aid or through a Payroll Giving scheme or by making a gift of shares or land.

If you are thinking of making a gift to charity, this guide summarises how to make tax-effective gifts. You can get tax relief on gifts to UK charities if you give: 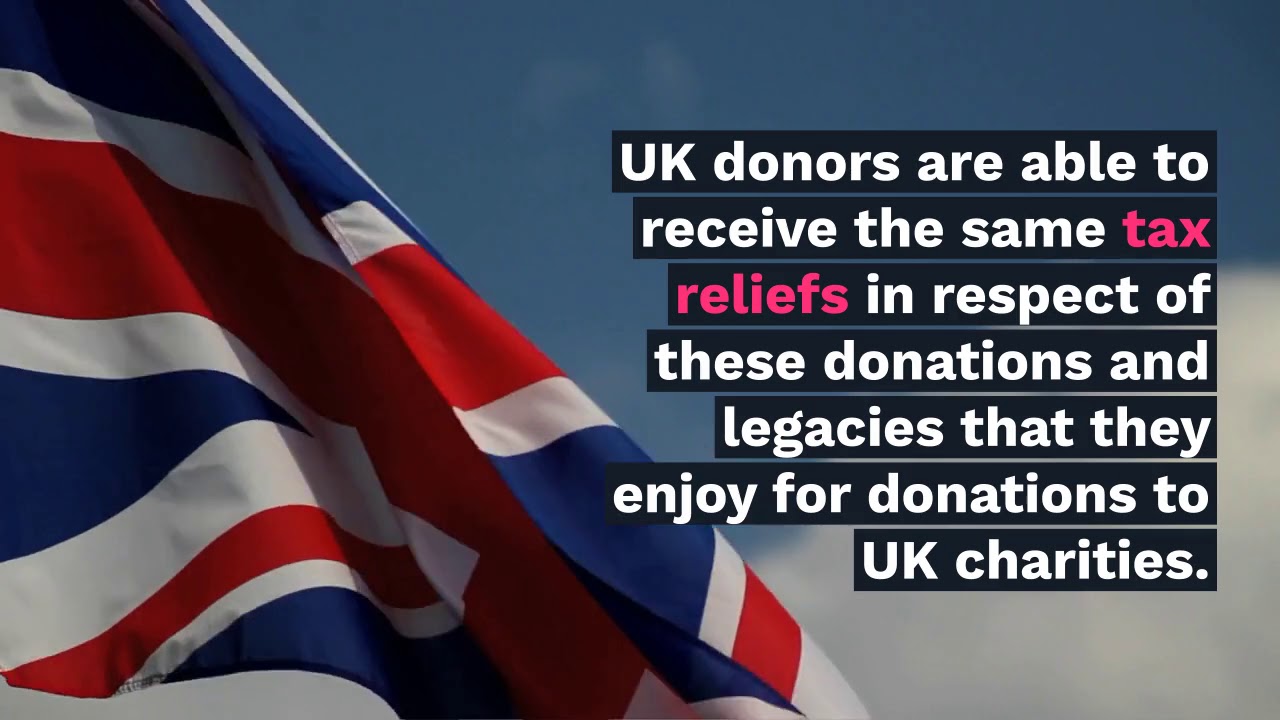 Location of the charity

UK charitable tax reliefs are available to certain organisations which are the equivalent of UK charities and Community Amateur Sports Clubs (CASCs) in the EU, Norway and Iceland.

UK donors are able to receive the same tax reliefs in respect of these donations and legacies that they enjoy for donations to UK charities.

The qualifying overseas charities benefit from the same UK tax exemptions and reliefs as UK charities.

If you pay tax, Gift Aid is a scheme by which you can give a sum of money to charity and the charity can normally reclaim basic rate tax on your gift from HMRC. That increases the value of the gift you make to the charity. So for example, if you give £10 using Gift Aid that gift is worth £12.50 to the charity.

You can give any amount, large or small, regular or one-off.

If you do not pay tax, you should not use Gift Aid.

How does a gift qualify for Gift Aid?

There are three main conditions. You must:

The declaration is the charity’s authority to reclaim tax from HMRC on your gift.

The declaration can be in writing or orally but, usually, the charity will provide a written declaration form.

You do not have to make a declaration with every gift. In order to make a Gift Aid donation you’ll need to make a Gift Aid declaration. The charity will normally ask you to complete a simple form - one form can cover every gift made to the same charity or CASC for whatever period you choose, and can cover gifts you have already made (backdating your claim for up to four years) and/or gifts you may make in the future.

You can pay membership subscriptions to a charity through Gift Aid, provided any membership benefits you receive do not exceed certain limits. The current limits on the value of benefits received relative to donations are:

There is an overriding limit on the value of benefits received by a donor in a tax year as a consequence of donations to a charity, which is £2,500.

However, you can disregard free or reduced entry to view any property preserved, maintained, kept or created by a charity in relation to their charitable work.

The government announced in the Autumn Budget 2017 that they will introduce legislation to simplify the donor benefit rules that apply to charities that claim Gift Aid. Currently there are a mix of monetary and percentage thresholds, detailed above, that charities have to consider when determining the value of benefit they can give to their donors in return for a donation on which Gift Aid can be claimed. These will be replaced by two percentage thresholds:

The total value of the benefit that a donor will be able to receive remains at £2,500.

The government have confirmed that four extra statutory concessions that currently operate in relation to the donor benefit rules will also be brought into law. The changes will have effect on and after 6 April 2019.

Where you have raised money which has simply been collected from other people, such as on a flag day, and the other people have not made a declaration to the charity that they are taxpayers, the payment is not made under Gift Aid and generally no tax relief is due but see below regarding the introduction of the Gift Aid Small Donations Scheme.

However, if you have been sponsored for an event, and each sponsor has signed a Gift Aid declaration, then the charity can recover the tax on the amounts covered by declarations. Charities may produce sponsorship forms for this.

You should therefore keep a record of payments made under Gift Aid for each tax year.

The time limit for claiming tax relief on Gift Aid donations is four years. This time limit applies to the charity and the individual making the gift.

Tax relief is denied on donations where one of the main purposes of the donation is to receive a tax advantage for the donor or connected person directly or indirectly from the charity. There is no monetary limit on the amount of the donation which may be caught by these rules.

Charities can use Charities Online for repayment of tax on other income and claims for top-up payments under the new Gift Aid Small Donations Scheme (GASDS).

Charities and CASCs can claim a top-up payment on cash donations of £20 or less without the need to collect Gift Aid declarations. Charities will generally be able to claim on small donations of up to £8,000 per annum which will result in a repayment of £2,000 for the charity or CASC.

The GASDS is ideal for small cash donations received in collection boxes, bucket collections and during religious services. Charities and CASCs wishing to claim under the GASDS will still need to make Gift Aid claims in respect of other donations for which they have a Gift Aid declaration in the same tax year, for example, on regular donations received from supporters. This is called the 'matching rule': every £10 of donations claimed under the GASDS must be matched with £1 of donations claimed under Gift Aid in the same tax year.

Because your employer deducts your gift from your pay or pension before PAYE is worked out, you pay tax only on the balance. This means that you get your tax relief immediately at your highest rate of tax. (The amount you pay in national insurance contributions is not affected.)

Gifts of shares or land

You are not liable to CGT when you make a gift of assets, such as land or shares, to charity, even if the asset is worth more when you donate it than when you acquired it.

Alma gives the shares to the charity. The charity will then sell the shares for £10,000 and keep the full sale proceeds.

Alma will not have a capital gain arising under CGT. She will be entitled to 40% income tax relief on the value of her gift ie £4,000.

Although this sounds a very attractive relief, a comparison should be made of the alternative route of gifting to a charity by selling the investment and giving the net proceeds to charity under Gift Aid.

In more detail, the following investments qualify for the tax relief:

You should always contact the charity to ensure that it can accept the shares or the land. Indeed for land, the charity needs to give you a certificate stating that it has acquired the land.

The charity may be able to help you with the transfer procedure.

If you would like to help a charity financially, it makes sense to do this in a tax efficient way. We can provide assistance in determining this for you. Please contact us for more detailed advice.